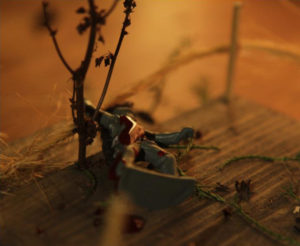 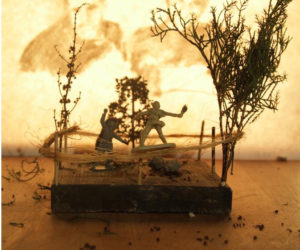 All is forgiven (A sacrificial rite) 2018 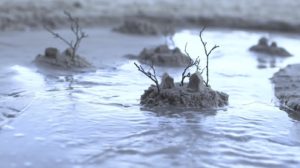 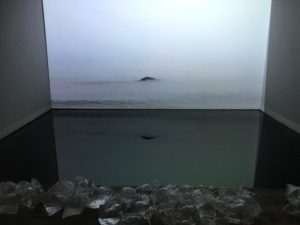 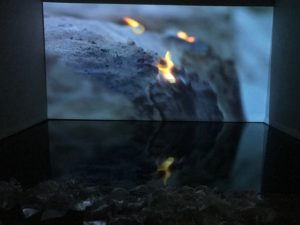 All is forgiven (A sacrificial rite) 2018

videoloop 7 minutes, installation with room filled with water, wooden bridge, plastic bags with water that the visitors were asked to carry up to the installation. 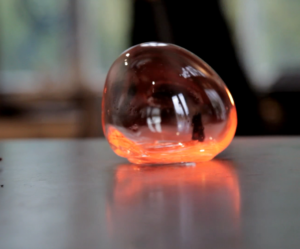 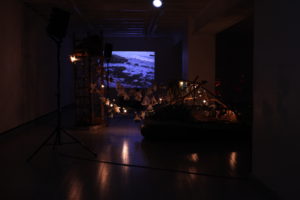 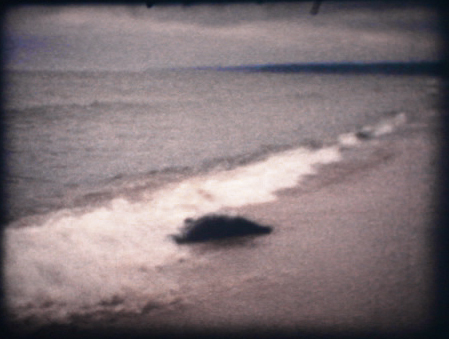 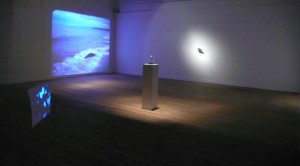 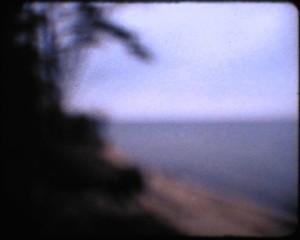 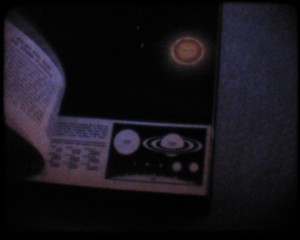 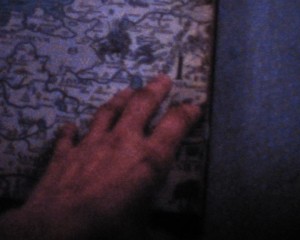 in collaboration with Elin Maria Johansson 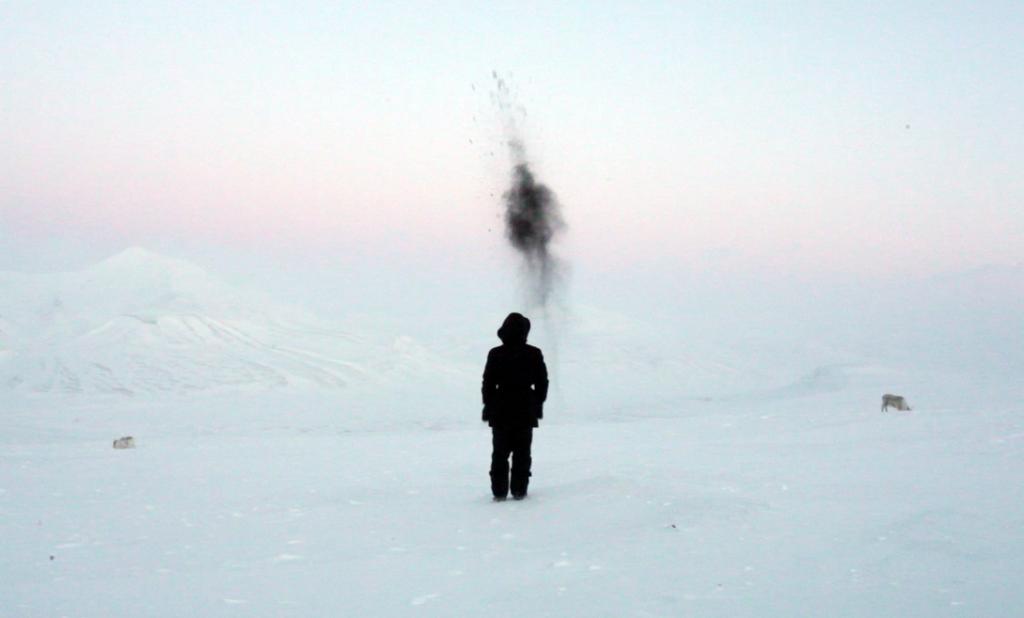 In collaboration with Elin Maria Johansson 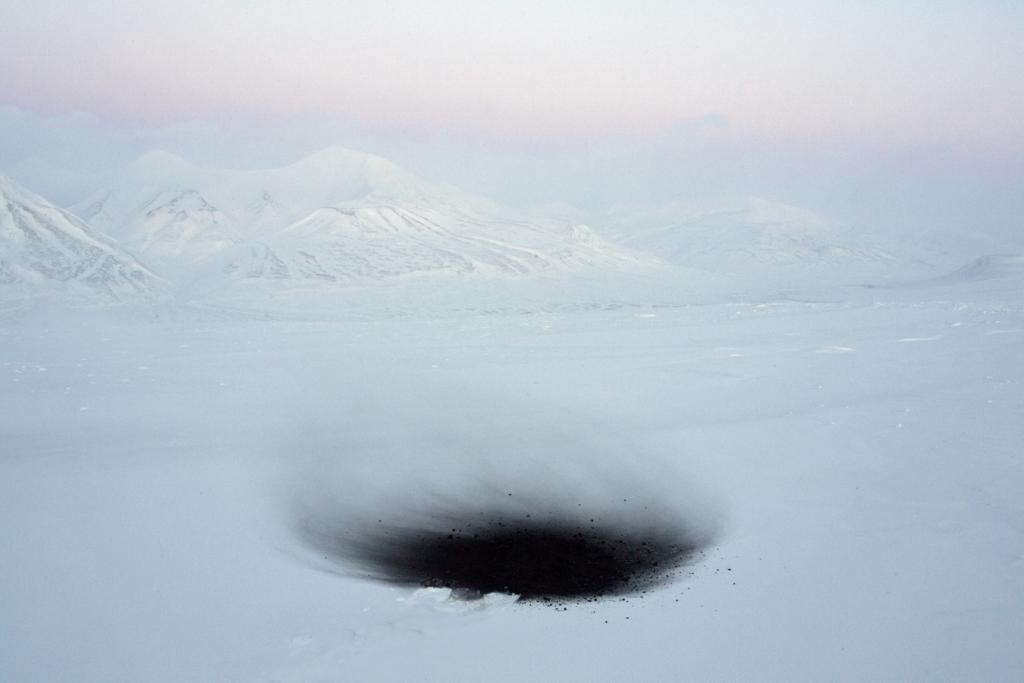 To Avoid Ones Shadow I – Hold your head up. Keep moving on. 2015
in collaboration with Elin Maria Johansson 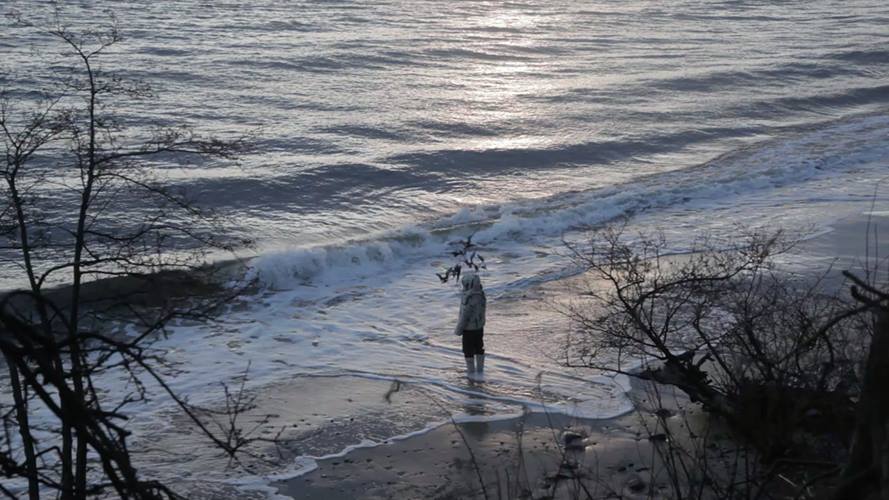 The film is presented on a old portable silver screen.

Filmed at the Great Wall of China and the landscape around it. The film itself is so bleach out and only in barely visible fragments can one orient oneself and discern a bleached out landscape behind the white surface. A voice-over reads a factual text on emergency navigation at sea. 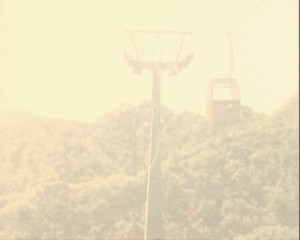 The reversibility of things 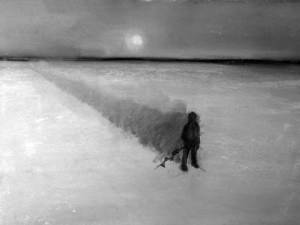 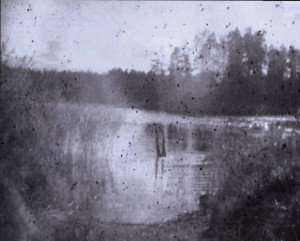 The Transitory Nature of  the Everlasting 2010 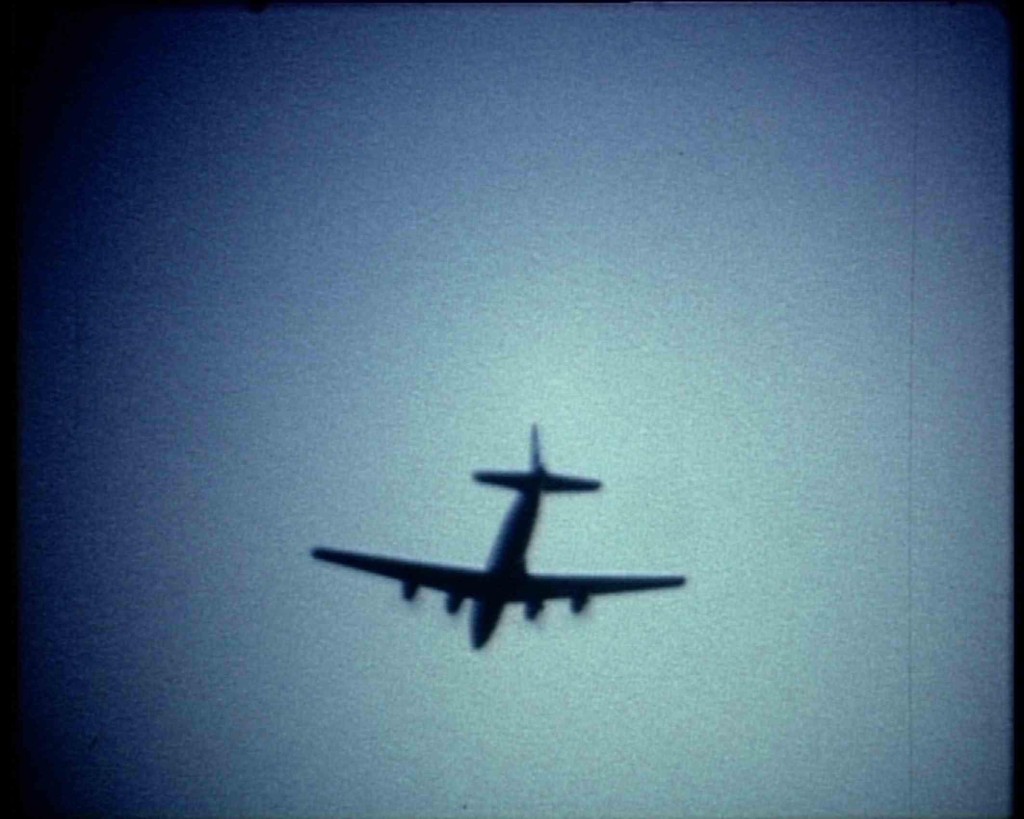 The film shows a plane flying in a continuous loop.  At a certain point the film shortly zooms in to itself, as if looking into the grains of the film could give a better understanding of what we see -instead for a short moment the camera looses track of the plane and puts the film in a transitional in-between stage.

The work was installed as a double sided projection on a sheet of transparent architect paper hanging loose from the ceiling. The thin paper allowed the projection to catch up on slight movements in the space, adding to the transitional aspects of the work being or not being present as a physical object in the space.

The man with the tiger tattooed on his back 2011 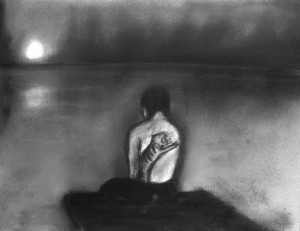 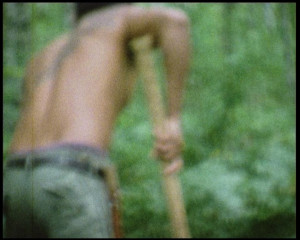 The work features a man that came from a life in Thailand to start a life Sweden.
A migration to for him an unknown place. As many do – by choice or by force.
He now has to create an everyday reality in which he can belong. Sometimes he thinks he sees a pattern resembling something he knows, a sensation that it is all the same, that it is all connected. The pattern of the birch trees in the forest in which he chops fire wood, the pattern on the wings of an owl, the pattern of the tiger tattooed on his back, once made there to stay by monks to protect him from his surroundings and to protect him from himself. The patterns merge together. The present. The past. Mirroring in the lake in front of him, and then dissolves like a hologram when a stone breaks the surface. 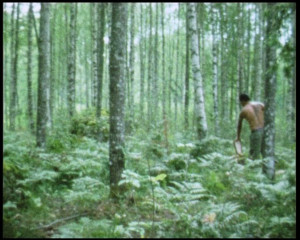 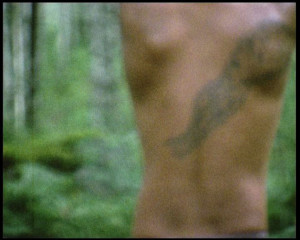 Exhibition view from Walk in Snow without leaving a trace; The 8 mm film “The Birch Tree Forest (Gesture of Balance)” were projected directly on the wall and on and on wooden stick resulting in a divided wall projection

On the other side of the room a slide projection loop “The Man with the Tiger Tattooed on His Back”,
78 slides of crayon drawings, were projected on two drawings made on transparent
papers and the wall. Only the part of the projection that hit the wall gave a sharp image. 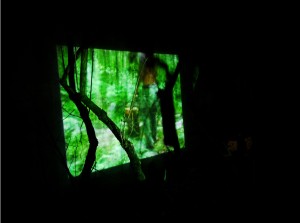 The film was projected on both on a small frosted plexiglass sheet that could be seen from both sides, and directly on the wall of the ruin. The installation was built up to correspond with the atmosphere of the ruined building and incorporated the structure of the wall, trees and other objects in the space. The installation changed in relation to the light and the image could at first only be seen on the small plexiglass projection and later when darkness fell also as a large projection on the wall. 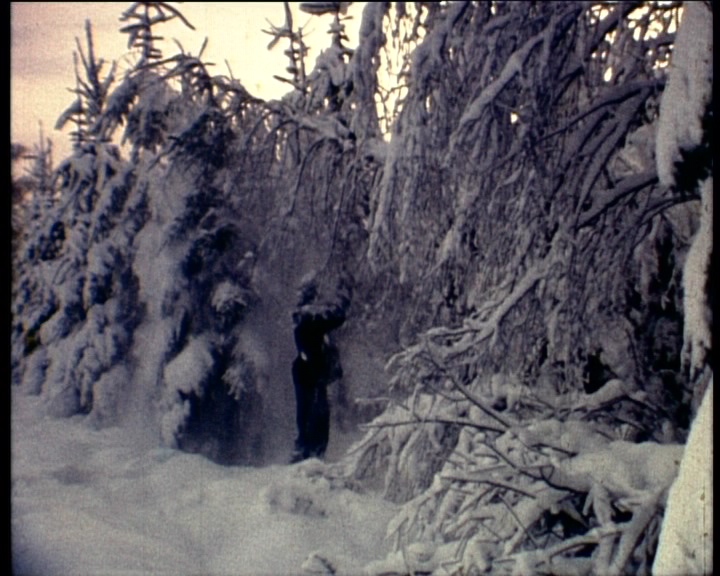